and find b10-gui.ipynb, or install Python and JupyterLab locally. 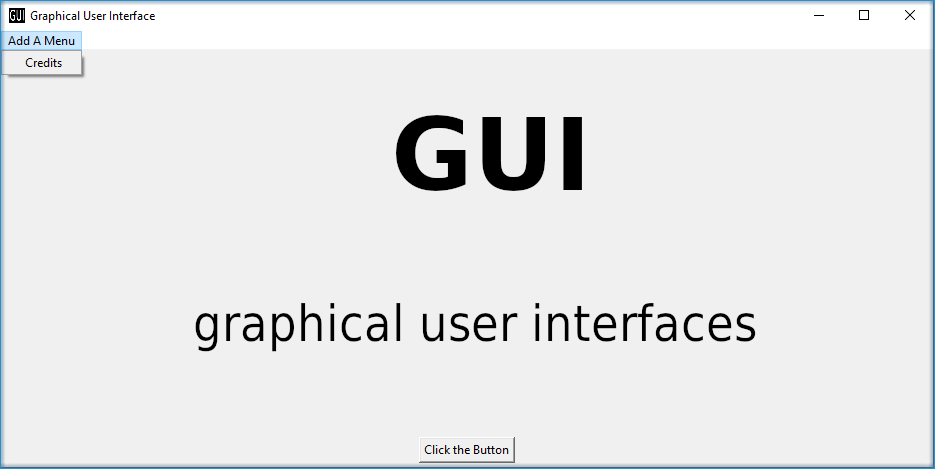 A Graphical User Interface (GUI) facilitates setting input variables of scripts. This is particularly useful for reusing a script that you have written a long time ago, without having to study the whole script again in detail. Although it is arguable whether GUIs are still appropriate in times of web applications, large and in particular copyrighted data must be processed locally. Ultimately, for local data processing, a GUI can be very convenient to run self-written, custom programs.

Several GUI libraries (packages) are available for Python and this chapter builds on the tkinter library. Alternatives are, for instance, wxPython or Jython (a Java implementation of Python 2). tkinter is a standard library, which does not need to be installed additionally. For a quick example, type in the terminal (e.g., Anaconda Prompt, PyCharm or Linux terminal - not in the Python itself):

tkinter works on most popular platforms (Linux, macOS, Windows) and is not only available to Python, but also Ruby, Perl, Tcl (the origin of tkinter), and many more languages. Because it supports languages like Ruby or Perl, tkinter can be used for local GUIs as well as for web applications.

After calling the mainloop() method the window is in a wait state. That means, the window is waiting for events being triggered through user action (e.g., a click on a button). This is called event-driven programming, where event handlers are called rather than a single linear flow in the form of a sequence of (Python) commands.

For now, our window uses default values, for instance, for the window title, size, and background color. These window properties can be modified with the title, minsize or maxsize, and configure attributes of the top parent window:

Add a Button to Call a Function¶

Currently, the window only shows a (boring) label and waits for events that do not exist. With a tk.Button we can add an event trigger, which still needs something to trigger. To this end, define a call_back function that creates an infobox, which is an object of showinfo from tkinter.messagebox (i.e., it needs to be imported).

The above code blocks instantiate tkinter objects (widgets) in non-object-oriented script style. However, when we write a GUI, we most likely want to start an application (App) by running the script. This is why tkinter widgets are usually created as objects of custom classes that typically inherit from tk.Frame. Therefore, the following code block recasts the previous example into an object-oriented code with the template from the section on Python classes.

The below example creates a VanillaApp, which is a child of tk.Frame (tkinters master frame). The initialization method __init__ needs to invoke tk.Frame and pack() it to initialize the window. After that, we can place other widgets such as labels and buttons as before. In the VanillaApp, we can also directly implement the above call_back function as a method. In addition, make script running stand-alone (not supported by a beautiful Jupyter notebook) by adding an if __name__ == "__main__": VanillaApp().mainloop() statement at the bottom of the script (read more about the __main__ statement in the section on packages).

The above code block providing the VanillaApp class can be copied to any external Python file and saved as, for example, vanilla_app.py. Next, in Anaconda Prompt (Windows) or Linux Terminal start the GUI as follows (depends on the Python installation used):

This sequence of commands can also be written to a batch or bash file (.bat on Windows) or shell script (.sh on Linux/macOS - alternative documentation). After writing and saving a batch or bash file, double click on the file to start the Python-based GUI.

There are many more widgets than labels and buttons and the below figure features some of them including:

Some recent versions versions of tkinter cannot open icons because of an unknown error that might stem from relative path definitions in the library. Therefore, if you get an error message such as TclError: bitmap "gui/sample-icon.ico" not defined, the only solution might be to comment out the line self.master.iconbitmap("gui/sample-icon.ico").

The next block features the code that creates the tkinter widgets in the figure (the script, image and icon are available at the course repository):

There are many more options (widgets) available and effbot.org provides a detailed overview of available tkinter objects.

In the above example, the checkbox receives a tk.BooleanVar(), which takes a True value when a user checks the checkbox. There are more variables that can be associated with tkinter widgets (e.g., tk.Entry, tk.Listbox, or ttk.Combobox). tkinter variables correspond basically to Python data types with special methods that are required to set or retrieve (get) user-defined values of these data types. Here is an overview of tkinter variables:

To enable more graphical flexibility, widgets accept many optional keywords to change their foreground (fg) or background (bg) color. In addition, widgets can be modified with the tk.OBJECT.config(PARAMETER_TO_CONMFIGURE=NEW_CONFIG) method.

The following sections provide more details on the place and grid geometry managers (the relevant functions of pack are already above shown: pack() - that is all) and illustrate keyword arguments along with widget methods to modify widgets.

Place with place and Use Object Colors¶

The simplest geometry manager is the pack method, which works even without any keyword provided (see the very first examples in this section). With the pack method, widgets can be placed relatively in the window (relx and rely, where both must be < 1) or with absolute positions (x and y, where both should fit into the window dimensions defined through self.config(width=INT, height=INT)). The axis origin (zero positions of x and y) are determined with the anchor keyword.

The above example does not create class objects of tk.Labels, which makes the labels non-modifiable. This definition of widgets is acceptable to shorten the often long GUI scripts, but only if the widgets should not be modified later.

In grid-ed GUIs, the widget alignment can be controlled with the sticky argument that uses cardinal directions (e.g., sticky=tk.W aligns or “sticks” a widget at the west, meaning, left side, of a GUI). The padx and pady keywords arguments enable the implementation of pixel space around widgets.

Upon user action (an event), we may want to modify previously defined widgets. For instance, we may want to change the text of a label or the layout of a button to indicate successful or failed operations. For this purpose, tkinter objects can be modified with tk.OBJECT.config(PARAMETER_TO_CONMFIGURE=NEW_CONFIG). Moreover, objects can be deleted (destroyed) with tk.OBJECT.destroy(), even though this is not an elegant method for any other widgets than pop-up windows (child frames of the master frame).

The tkinter.messagebox library provides standard pop-up windows, such as:

Read more about default pop-up windows in the Python docs.

The default windows may not meet the needs for every application, for instance, to invite users to enter a custom value. In this case, a tk.Toplevel object aids to produce a customized pop-up window and the below example shows how a customized top-level pop-up window can be called within a method. With the tk.Toplevel widget and the tk.Frame (master) widgets, the code block produces two frames, in which buttons, labels, or any other tkinter object can be placed. The very first argument of any tkinter widget-object created determines whether the object is placed in the master or the top-level frame. For example, tk.Entry(self).pack() creates an entry in the master tk.Frame, and tk.Entry(pop_up).pack() creates an entry in the child tk.Toplevel.

When a custom function’s argument is a file or file name, we most likely want the user to be able to select the file type needed. The tkinter.filedialog library provides methods to let users choose general or specific file types. Specific file types can be defined with the filetypes=("Name", "*.ending") (or filetypes=("Name", "*.ending1;*.ending2;...") for multiple file types) keyword argument. The following example illustrates the usage of tkinter.filedialog’s askopenfilename.

To cleanly quit a GUI, use tk.Frame.quit() (i.e., in a custom class, write self.quit() or master.quit()). The above example of the PopApp class also features the destroy() method, which helps to remove particular widgets.

tkinter provides many more options such as the implementation of tabs with ttk.Notebook() (requires binding of tab objects), tables (from tkintertable import TableCanvas, TableModel), or interactive graphic objects with matplotib.

Get familiar with creating GUIs and object orientation in the GUI exercise. 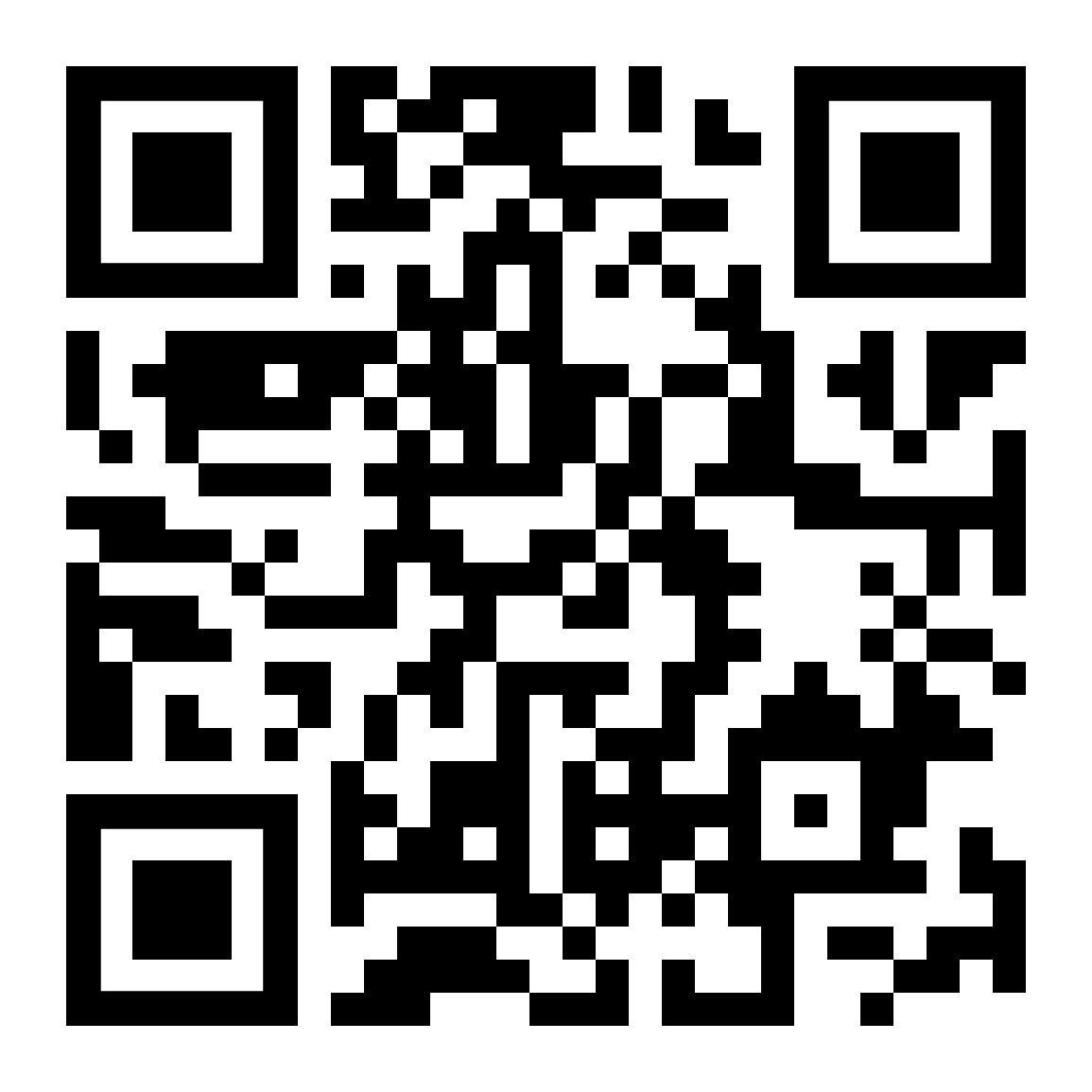