The following instructions refer to the setup of the above-created Gaia steering file (gaia-morphodynamics.cas), which needs some mandatory parameters and enables many more optional keywords settings. An overview of available keywords can be found in the Gaia reference manual and the Gaia dictionary file /telemac/v8p2/sources/gaia/gaia.dico. Similar to the Telemac2d or Telemac3d hydrodynamics steering file, the Gaia steering file can be distinguished between keyword groups for general (file-related), physical (sediment transport), and numerical parameters. This section introduces general parameters embracing the setup of boundary condition files and basic definitions of sediment and riverbed characteristics. The implementation of Bedload and/or Suspended load is covered in separate sections.

Graphical output variables related to sediment transport can be defined with the VARIABLES FOR GRAPHIC PRINTOUTS keyword for Bedload and/or Suspended load and the following list-options:

The parameters M and QSBL will result in the same output if no suspended load is simulated. To output multiple parameters, set the VARIABLES FOR GRAPHIC PRINTOUTS keyword for this tutorial as follows:

Recall the structure of the hydrodynamics boundaries.cli file

The boundaries.cli file has 13 variables per line, which are separated with a space and this is how the file head looks like (for closed wall 2-type boundaries):

The boundary type variables (no. 1, 2, 3, and 8) listed in Tab. 8 can take the integer values 2 (closed wall), 4 (free Neumann-type boundary), 5 (Dirichlet-type prescribed boundary), or 6 (Dirichlet-type velocity). It is important for a Gaia simulation that the eighth entry (LIEBOR) is set to 4 or 5 for open-type boundaries, but not to 2, which would correspond to a closed wall for tracers (suspended load).

To this end, create a sediment transport boundaries file (*.cli) for Gaia by creating a copy of boundaries.cli and calling the copy boundaries-gaia.cli. In the context of Gaia, the hydrodynamic boundary types can be kept, though their flags are differently interpreted according to the list in Tab. 8.

Most examples of the TELEMAC installation (/telemac/v8p2/examples/gaia/) use a single boundary conditions file, which works fine because the numerical values are identical. However, the flags of a Gaia *.cli and a Telemac2d/3d *.cli file are not the same and for this reason, this eBook features good practice by using two (identical) boundary condition files. Thus, we could use a single *.cli file, but we do use *.cli two files to be prepared for more complex and physically correct simulations in the future. For instance, a more complex future simulation may require prescribing bedload fluxes in the *.cli file, where the extra Gaia boundary file is not just an option.

Why not prescribe water depth (elevation) at the upstream boundary?

Why not prescribe discharge at the downstream boundary?

The prescription of time-dependent solid flowrates with a liquid boundaries file can be achieved with LIEBOR=5 and following the descriptions in the unsteady (quasi-steady) tutorial.

The below boxes feature the setup of the boundaries.cli and boundaries-gaia.cli files for this tutorial according to the above descriptions.

The essential physical parameters embrace sediment type, grain sizes, and definitions of transport mechanisms that apply to the simulation. This tutorial deals with non-cohesive sediment only, which is defined through the keywords setting TYPE OF SEDIMENT : NCO.

Gaia considers sediment with grain diameters of less than 60\(\cdot\)10\(^{-6}\)m to 100\(\cdot\)10\(^{-6}\)m being cohesive. To model such fine sediment, where capillary forces may have significant effects on erosion, adaptations in the boundary conditions file and types are required. In the cohesive sediment case, the TYPE OF SEDIMENT keyword is CO. Read more about modeling cohesive sediment in section 3.3.3 of the Gaia manual.

Gaia enables the differentiation between classes of sediment diameters with the CLASSES SEDIMENT DIAMETERS keyword (same keyword for both bedload and suspended load). This tutorial features the implementation of three sediment classes in the form of sand (0.0005 m), gravel (0.02 m), and cobble (0.1 m) and assigns a grain density (CLASSES SEDIMENT DENSITY) of 2680 kg m\(^{-3}\) to the three classes. The grain sizes correspond to representative mean (average) diameters for every class. The CLASSES INITIAL FRACTION keyword is a list assigning a fraction (i.e., the share of the total sediment) to each of the three classes. Make sure that the sum of all fractions is exactly 1.0. Moreover, as INITIAL already suggests, the here defined fractions correspond to the initial state and Gaia will re-mix the sediment fractions as a function of erosion and deposition of sediment size classes.

Particular sediment transport formulae for simulating Bedload or Suspended load are related to the phenomena under consideration and their implementation in the Gaia steering file is explained in the next sections.

Sediment size classes can be declared for particular zones of a model, similar to friction zones (recall the friction zone box at the bottom of the section on friction boundaries). Thus, a Selafin (*.slf) file containing riverbed characteristics can be declared with the geometry in the Gaia steering file. An example for zonal sediment definitions is provided with the Wilcock-Crowe model in the TELEMAC installation (e.g., /telemac/v8p2/examples/gaia/wilcock_crowe-t2d/ - have a look at gai_ref_WC2003.slf in BlueKenue).

The boundary conditions of a model define sediment supply (inflow) and outflow rates, which may stem from gauging stations, measurements, or watershed soil loss models, such as the Revised Universal Soil Loss Equation (RUSLE) [Ren97]. Sediment that just passes through the model and merely settles from time to time before being mobilized again (by Einstein [Ein50]s theory) is referred to as wash load or traveling bedload [PR17]. However, sediment can also be recruited (eroded) from the riverbed or deposited on the riverbed within the model boundaries. To tell a morphodynamic model to what depths it can erode (e.g., because bedrock or concrete is present below), active layers can be defined. In addition, multiple active layers can be defined, for example, to implement sediment stratification in the riverbed with respect to grain sizes. Grain size stratification plays a role especially when the riverbed is armored, which means that the uppermost sediment layer is significantly coarser than deeper sediment layers [Hir71]. Above the active layer of the riverbed is the mixing layer, which is in direct contact with the bulk water flow. Figure 151 qualitatively illustrates this concept, where the uppermost layer corresponds to the mixing layer and the lower sublayers constitute the active layer of the riverbed. 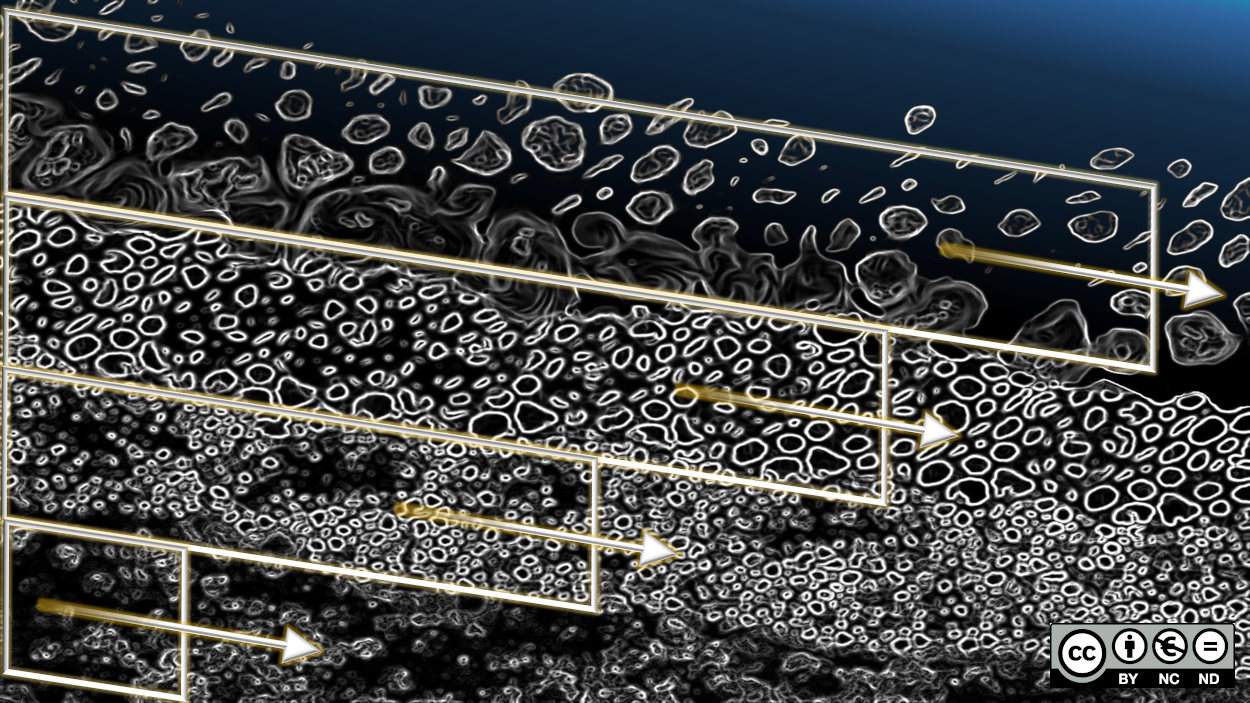 Fig. 151 Qualitative illustration of the active layer in the form of multiple sublayers of the riverbed. In this illustration, the uppermost layer corresponds to the mixing layer (Figure conceptually adapted from Du Boys [DB79] and Church and Haschenburger [CH17]).¶

The active layer concept was initially introduced by Du Boys [DB79] as a sequence of layers of the riverbed, which are moving at different speeds (the deeper the layer, the slower). Du Boys [DB79] described that the thickness of every layer was equal to the diameter of representative grain size and that the active bed (i.e., the sum of all moving layers) can be up to 10 times the representative grain size (i.e., approximately 10 grain diameters) [FC11, RBKR13]. Hirano [Hir71] picked up on this concept and characterized the active layer as an exchange layer with a thickness of multiple times the \(D_{50}\), between an immobile sublayer and a fully mobile layer in the bulk flow along the riverbed. Several processes (e.g., hydraulic shear, grain collision, or sorting) dominate within the exchange layer and the thickness of the exchange layer has been defined differently by several authors. One reason for the different definitions of the active layer thickness is that it also depends on the proportion of fine sediment contents. The difference between coarse and fine sediment is that it might build up bedforms such as ripples or dunes. Thus, in the presence of fine sediments, such as sand (diameter smaller than 1-2 mm), only models accounting for bedforms in the active layer can reproduce bed aggradation or degradation and grain sorting effects [Blo08]. However, a model considering bedforms composed of fine sediments describes the active layer as a function of (0.5 times) the height of dunes (i.e., mega ripples) [Kle05], which contrasts with the definition of the active layer thickness as a multiple of a grain diameter (e.g., 3\(\cdot D_{50}\)). Thus, there are two competing parametric and conceptual definitions of the active layer, which is why Church and Haschenburger [CH17] propose the following terminology that is adapted in this eBook:

Though Gaia accepts only an ACTIVE LAYER THICKNESS keyword, it may refer to the active layer as a multiple of the representative grain size, or when fine sediment is present (\(\geq\) 20%), to the disturbance layer with a thickness of 0.5 times the dune height. When the riverbed is composed not of cobble and gravel and a small share of fine sediment (approximately between 1% and 20%), the active layer thickness should be generously assumed with a multiple (2-3 times) of the cobble size.

What happens when Gaia has to deposit sediment?

In this tutorial, a sand, gravel, and cobble sediment mix is used with an ACTIVE LAYER THICKNESS of 3 \(\cdot D_{90}\) (of cobble). The riverbed is initially stratified into three sublayers (plus the 0.3-m thick active layer) and the initial thickness of the riverbed layers is assumed with 1.5 m with the following keyword definitions in the Gaia steering file:

This eBook features the implementation of combined bedload and suspended load modeling in a short river section with a gravel-cobble bed and a sand content of 10% (with the 0.5-mm class).